How Do Ionization Smoke Detectors Work? 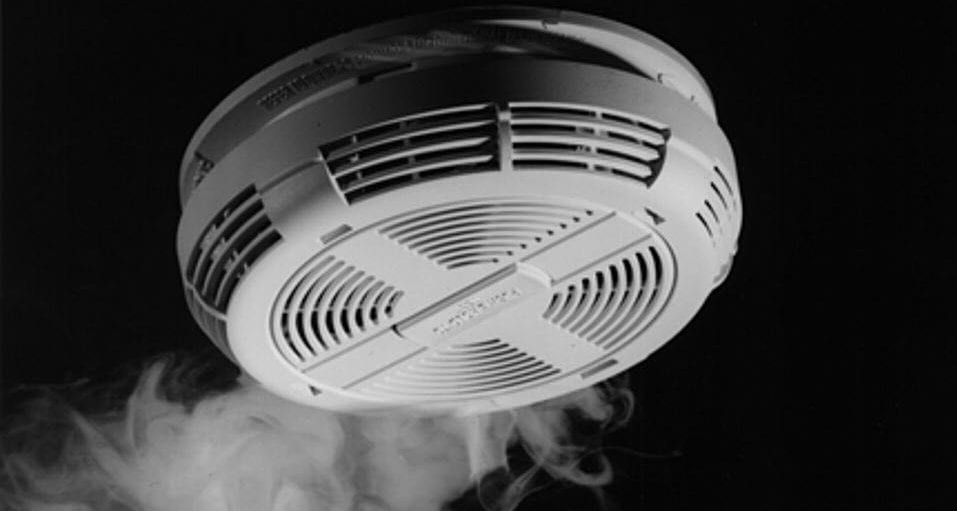 A smoke detector is a small device that often goes unnoticed, until it is set off! In this article you will learn how smoke detectors work to keep us safe from potential fire disasters.

Basic Components Of A Smoke Detector

Did you know there are two types of smoke detectors? All smoke detectors consist of two basic parts: a sensor to sense the smoke and a very loud electronic horn to wake people up. Smoke detectors can run off of a 9-volt battery or 120-volt house current.

Ionization smoke detectors use an ionization chamber and a source of ionizing radiation to detect smoke. This type of smoke detector is more common because it is inexpensive and better at detecting the smaller amounts of smoke produced by flaming fires.

The Science Of An Ionization Smoke Detector

Inside an ionization detector is a small amount (perhaps 1/5000th of a gram) of americium-241. The radioactive element americium has a half-life of 432 years, and is a good source of alpha particles.

Another way to talk about the amount of americium in the detector is to say that a typical detector contains 0.9 microcurie of americium-241. A curie is a unit of measure for nuclear material.

Generally, that means that 37 billion atoms in the sample are decaying and emitting a particle of nuclear radiation (such as an alpha particle) per second.

One gram of of the element radium generates approximately 1 curie of activity (Marie Curie, the woman after whom the curie is named, did much of her research using radium).

An ionization chamber in a smoke detector is very simple. It consists of two plates with a voltage across them, along with a radioactive source of ionizing radiation, like this:

The alpha particles generated by the americium have the following property: They ionize the oxygen and nitrogen atoms of the air in the chamber.

The electronics in the smoke detector sense the small amount of electrical current that these electrons and ions moving toward the plates represent.

When smoke enters the ionization chamber, it disrupts this current — the smoke particles attach to the ions and neutralize them. The smoke detector senses the drop in current between the plates and sets off the horn.

Speaking of alarms, whenever the words “nuclear radiation” are used an alarm usually goes off in many people’s minds.

But the amount of radiation in a smoke detector is extremely small. It is also predominantly alpha radiation. Alpha radiation cannot penetrate a sheet of paper, and it is blocked by several centimeters of air.

This is another reason to always respect smoke detectors, no matter how annoying they can be.

✔ Free estimates. Just give us a call or send us a message.

California is a melting pot of cultures. With so many cultures coming together comes a wide selection of fantastic restaurants to choose from that boast flavors from around the world. Whether you're planning a trip to San Diego or are moving to the area, finding...

San Diego is known for its gorgeous and pristine beaches, great year-round weather, tasty food, and welcoming locals, but there's a lot more to this thriving city than meets the eye. Although San Diego is a unique and beautiful place to visit because of its many...

If looking or planning an excellent vacation and looking for exceptional fun and entertainment, then San Diego is the perfect destination. Millions of tourists visit this beautiful city of California every year for endless activities. With the opportunity to enjoy...

San Diego is a vibrant and bustling city in southern California. This city is situated on the Pacific Ocean on San Diego Bay, only about 20 miles north of the United States Mexico border. The city of San Diego is divided into two areas. The largest part of this city...

Fire Safety laws and regulations are extremely important to keep up to date. You can find the most recent info on fire safety laws, permits, fire codes, and more on the City of Palm Springs fire prevention website  It's our job to keep customers in the loop on local...